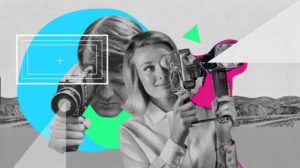 You did well in film school. You’ve always been a film nerd, proud of your creative self and confident about making it big as a filmmaker. And then one day ….poof! Your confidence suddenly tanked as you entered the real world of filmmaking. If this story sounds similar, you’re not alone. Film schools are great for learning the tools and techniques, but they don’t prepare you for the realities of the industry and the art of production services.

1. How to finance your film

First things first, you need money to make your film. And raising money is probably the hardest task for an independent, fresh-out-of-college filmmaker. In a perfect world, every good script would get financing from one studio or another. But it doesn’t work that way in real world. In fact, you may need to use a combination of different strategies to fund your film production.
One of the strategies is using tax credits. Some states or countries offer tax benefits for shooting a major portion of your film in their local area. This is a great way to arrange “soft money” for your project. For instance, if a state or country offers 50% tax credits to your $500,000 film, you now have to arrange only $250,000.

You can also arrange a portion of the whole budget from equity investors. Once you’ve secured some financing, now you can apply for gap financing. Some banks offer loans for film production services, if you can show them that your project already has some funds but needs some more money to bridge the “gap” between what you have and what you’ll need. Another good idea would be to co-produce your film with a post house. Take your project to a post house and if they like it, they may agree to defer their fees to a later date or until your film is sold.

2. How to budget your film

Before you start raising money for your film, you need to plan your budget. While your initial budget is just an estimate, it should not be far from the reality. Investors often want you to stick to your initial budget, no matter what. That’s exactly why you should create your budget very carefully, taking into consideration every small detail and any hidden costs.

To that end, you’ll need to do a proper script-breakdown. Start by creating a scene report in the order of your screenplay, so you have an overview of the entire film. Make sure your scene report mentions all the important info about each scene. Typically, it should include a one-line description, cast, props and page count for each scene.

Once your scene report is ready, now you can easily breakdown your script based on location, availability of the actors, etc. At this point, you may want to consider hiring a local production coordinator. They can help you with your budgeting and other production services, such as, casting, crew sourcing, location scouting, insurance and administrative tasks.

3. How to estimate your time to shoot

One important thing to consider when making a time estimate for your project is how many pages you’ll shoot per day. Depending on your script and budget, you can choose to shoot anywhere between one page and five pages per day. Also, remember not all scenes will require equal shooting time. Some scenes could be more complex than others. For instance, you can pull off a dialogue scene way faster than an effects-heavy scene. So keep that in mind when making the time estimate for your film’s production services schedule.

There are many ways to cut your shooting time and budget. For instance, you can shoot most of your scenes in natural light to save time and money on a lighting rental. Another good strategy is to make shot by shot breakdowns of your scenes. This allows you to shoot only what you need rather than shooting for coverage. For instance, if you don’t need the whole take of an actor’s dialogue in close-up, shoot only the portion you’ll use in your editing. That way, you can save a lot of shooting time.

Filmmakers often need to wear multiple hats. Unless you’re working on a big budget Hollywood film, you’re probably the writer, director, marketer and distributor of your own film.

As you can imagine, you’ll have to interact with a lot of different people. And you cannot do that without good communication skills. But film schools typically don’t teach you how to write good emails, pitch your story, or communicate with all the different clients.

If you’ve ever been on a film set, you must have noticed people there speak in a strange language, filled with jargon and lingo. You’ll need to learn and use that language when talking to your internal crew members. However, your corporate clients don’t understand film jargon. So when talking to them, you want to speak in a language they understand.

So if you want to be a filmmaker, develop your people skills; and know that communication is the key. Alternatively you could hire a seasoned film production services agency to help you with PR and other communications.

5. How to get your film distributed

Another way is to reach out to traditional distributors on your own. You can do online research and use online resources like IMDbPro to find contact details of acclaimed distributors. Contact them via email with a link to your film’s trailer. If they like your content, they may respond to your email.

When you use this strategy, make sure you’re contacting companies that specialize in distributing the kind of film you’ve made. So if you’ve made a zombie film, don’t pitch it to a distributor who does romantic comedies.

Once you’ve found a few interested parties, typically what happens is they’ll send you a distribution contract. Make sure you read their boilerplate clauses in great detail before signing a deal. You don’t want to sign a deal where you have to surrender all your rights, including VOD rights, DVD rights, and theatrical rights. It should be a win-win deal for both parties. Always try to keep some of your rights, such as your ancillary rights. At this point, you should seek professional help from an entertainment lawyer.

If the production services process was easy everyone would be doing it. Film school is just the start of your education. Be patient, be relentlessly persistent, leverage your network of colleagues and never give up.