There is no shortage of hype surrounding the 4K initiative, most of it coming from the high-end camera and television manufacturers. During our research on the 4K topic we’ve found very few compelling reasons to support this technological advancement, and quite a few points that prove the world isn’t quite ready for the current implementation of 4K. We’ll outline some of the pros and cons of 4K technology and you can decide for yourself if 4K is the right tool for your job. 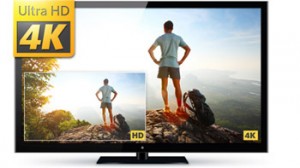 Camera and television manufacturers claim that 4K looks better, that more pixels means a better image.   In fact there are very few instances where this is the case. In your living room, this is almost never the case for two reasons. First, the current HDMI 1.4 standard is forced to limit the 4K stream to 8-bit color (16.7 million colors) due to bandwidth limitations of the HDMI interface. An increase in color range to 10-bit (over 1 billion colors) is something the human eye can perceive. HDMI 2.0 will fix this limitation, but is just now starting to be rolled out to consumers. Second, these 4K monitors look wonderful in the showroom when you are standing a few feet away, but when your couch is 10 or 12 feet from your snazzy new 4K Ultra HD TV, you have effectively surpassed the ability of your retina to discern pixel separation because of the distance. In this case 1920×1080 will look nearly identical to 4K. This is compelling justification to not buy a 4K TV just yet, but what about shooting in 4K?

Eleven-time Academy Award nominated Director of Photography Roger Deakins, ASC, BSC choose the ARRI Alexa and its ARRIRAW 2.6K workflow for the largest grossing James Bond film ever, “Skyfall”. The mastered product was upscaled to 4K for theatric and IMAX release and it looked fantastic. This choice is further justification that better pixels are always preferred over more pixels. Deciding to utilize 4K on the premise that ”more is more” is a flawed argument. 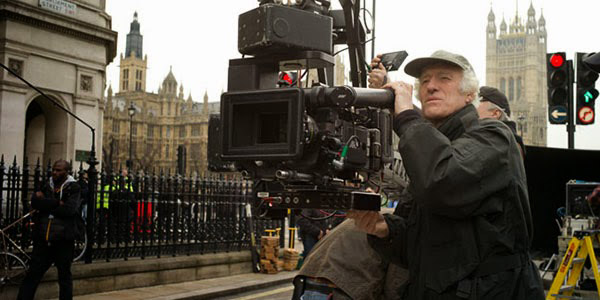 Roger Deakins ASC, BSC on set of Skyfall with an ARRI Alexa Studio

We’ve found both positive and negative reasons for using 4K as it pertains to post-production. To obvious downside is the storage requirements needed for 4K material. 4K media is nearly four-times the amount of digital information over 1080P HD. A 4K 4:4:4 RAW uncompressed stream at 23.98fps is roughly 3.82Gbps (447MB per second). At that data rate, one hour of 4K footage would take up more than 1.7TB of storage, whereas an hour of RAW 1080P video of the same colorspace and framerate would be about 540GB. That is a lot of information to move around, both on location, and in the edit suite. So be prepared for this by having both ample drive space and uninterrupted power for your Media Manager/DIT on location because they will be copying media all day long.

On the upside, if your final project is a 1920×1080 HD deliverable as most projects are these days, shooting in 4K gives you the ability push in, stabilize, pan and scan, or perform simulated camera moves in post without any loss of quality. You can shooting everything a bit wider and make your final framing decisions during editing. However, acclaimed Cinematographer Phillip Bloom warns “Don’t forget the craft!”. Tools do not make your content better. Proper framing, composition, content, and story is what makes a better product.

This is where 4K doesn’t make any sense at all. There presently there are no mainstream delivery methods in place to get 4K content to your 4K TV. There is lots of stuff in the works at the present time for delivery methods, but no across the board standard that works everywhere. 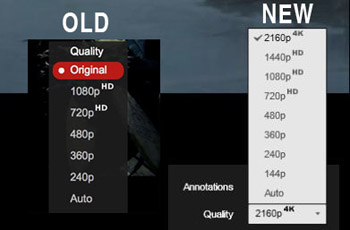 “If I shoot it in 4K, my project will be future proof.”

Well, the reality is 90% of the material we shoot is really only relevant in the here and now. Footage will usually date itself within 3-5 years due to changes in wardrobe and style, changes in personnel, or other elements of a client’s business that changes over time. Shooting in 4K isn’t going to change any of that. Additionally, if you utilized any of the above-mentioned reframing or pan and scan post production tricks, your final mastered product will only look good in HD, any attempt to re-master the video for 4K is easier said than done.

So, where does that leave us?

Right now, 4K is the toddler of the media community. It can only get bigger and better as time marches on, as other emerging technologies have such as 3D. Using the 3D example, the market learned that it wasn’t crazy for the 3D TVs, but the new digital 3D movies (especially in IMAX) are nothing short of breathtaking. So our advice, hold off on big 4K purchases on the consumer side until the dust settles on the media delivery of 4K content. As far as 4K capable camera systems are concerned, remember that 4K is just a tool. It’s not going to make you a better shooter, improve the quality of your production, make your footage forever useable, or make you a Hollywood sensation. Weigh the usage of that tool like any other you use on set such as sliders and jibs.