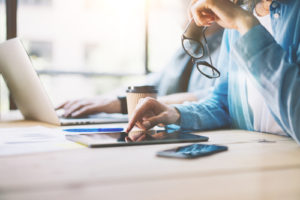 Have you ever wondered why it’s the producers who accept the Oscar for Best Picture? Though crews often jokingly refer to them as “suits” or “bean counters,” a producer more likely wears a variety of hats.

Producers are involved with projects from conception to release. Long before cast and crew are hired, they work to develop the script and find funding. And long after the 1st AD has called the final wrap, producers attend editing sessions, arrange release and distribution deals.

Jack of All Trades

At its most basic, a producer’s job is getting a project in on budget and making sure the client and director are happy. In a broader sense it involves equal measures of creativity, people skills, multitasking, diplomacy, and ability to put out multiple fires.

Here are just 6 of the varied skills all top producers have:

You’ve probably heard the old saying: “there’s a reason they call it show business.” Contracts are essential for attracting investors, setting up distribution, and minimizing obstacles to a project’s success. From story options to location agreements, contracts clearly set out who owns what and who has what rights. Producers who understand contract law give their productions a distinct advantage over those who operate on the “everything will work out” concept.

No one outperforms indie filmmaker Roger Corman for running a finely-turned production. He understands producing is an arduous task and learned early on how crucial it was to know how to make the most of whatever resources he was given or could afford. He also recognized great talent when he saw it: Ron Howard, Francis Ford Coppola, James Cameron, and Martin Scorsese all got their first breaks working with him.

A streamlined solution to tracking leads and clients, Hubspot’s CRM is an easy-to-use system that helps keep producers organized. Simply input contacts to your pipeline and then add in all important information such as email address, shoot date, negotiating stage, etc. There’s no more efficient way to get a good overview of what’s going on with a production.

Also called solutions stacks, technology stacks are the software producers need to guarantee a smooth production. Cloud services like Dropbox, Evernote, and Wunderlist are good examples. For instance, you can use Dropbox to easily share script rewrites, share director’s statements and budget projections, and hook up composers, editors, and directors during post, no matter where they are.

6. Thinking Outside the Box

Most people think it’s the budget that decides the success of a production. It helps, but any good producer knows how to make the most of what they’re given. A producer’s power comes from knowing how to get the best deals and leverage resources to stretch every dollar.

Ultimately, working with the right producer and production services company can be the difference between a successful shoot and a troubled one. A local production services can be your ultimate source for equipment, crew, local laws and permitting. As well as transportation, hotels, and shooting locations and editing facilities.

Moving Picture Rental is that one-stop for you in South Florida. We bring a wide range of services that add value to your production and help you reclaim the time and money you need to ensure a successful shoot. To learn more about all the production services we offer, call us today at 305.522.1361, or contact us online.