Home > Cameras > Editing > Production Tips > Sound > A Producers Guide to Timecode: The Who, What, and Why of Timecode and Framerates

Time code is one of those technical topics that is commonly misunderstood by many production industry professionals.  What is it? Why is it important?  Where does it come from?  What will happen if I don’t have it?  We’ll try to answer all those questions for you, and with any luck, help you avoid time code based pitfalls in the future. 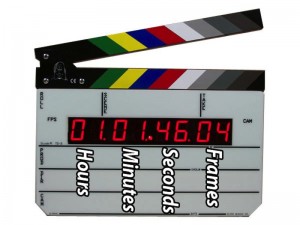 Time code is an electronic means of determining an exact location in digital audio and video recording.  The current time code standard was developed in the 1960’s by the Society of Motion Picture and Television Engineers (SMPTE), which is how it received its technical name, “SMPTE code”.  Time code allows for a common point of digital reference for both audio and video for the purposes of synchronization.  It is expressed in four numerical values representing hours, minutes, seconds, and frames.

The primary importance of time code is to provide an efficient means for editors to synchronize audio recorded on an external recording device to the video recorded to a camera. There are of course other methods to accomplish the same synchronization task.  One common method would be the use of a “clap” or clapper board (slate).  The editor would match up the spiked audio peak produced by the clap from the camera and audio recorder to sync the audio.  Unfortunately, modern digital cinema camera systems have mostly done away on-board microphones.  Cameras like the ARRI Alexa, RED Epic, and even pro-sumer cameras such as the Sony F3 have no internal microphone to record a reference audio track.  When using any of these types of camera systems and there is no possibility of sending audio to the camera due to mobility concerns, physical distance, or the lack of technology to due so, the use of time code is paramount.

Time code is typically the responsibility of the Sound Mixer, or in the case of a music video, Sound Playback.  In either case, it’s definitely a Sound Department function, don’t count on Camera Department to make sure it’s implemented properly.  A camera assistant will happily wave a time code slate in front of the camera all day long whether it’s displaying the correct time code or not.  In the case of syncing recorded audio, a “Time of Day” time code is typically used and is generated from the Sound Mixer’s digital audio recorder, such as the Sound Devices 744T.  This time code will be “jammed” (synchronized) to the digital time code slate and usually handed off to camera department for usage throughout the day.  When syncing pre-recorded music to video, Time of Day is not used.  Instead the time code will reflect the run time of the song.  A special version of the audio track is prepared, ideally before the shoot day, which contains the time code embedded with the audio track.  While filming, this time code is usually broadcasted wirelessly to the digital time code slate, which is why the numbers start rolling when the music starts. 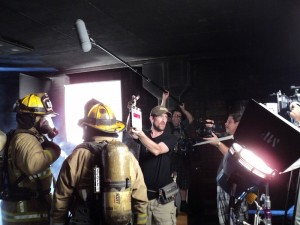 Ensuring the time code is implemented properly for your shoot is very important.  Improper time code usage such as the camera being set to a different frame rate than the audio recorder is just as bad as not using time code at all.  Inaccurate time code is useless to an editor and will be ignored as if it didn’t exist.  This will end in grumblings from your editor, potential delays in receiving your final edit, and an inflated post-production invoice due to the additional time taken to sync audio.

From a Producers perspective, this means the proper specification of the frame rate you are shooting must be distributed uniformly to the Camera Department, Sound Department, and the Post Facility.  Be mindful of the documentation you send out to these departments, especially when using a template of specifications from another shoot.  Its all too easy to specify 23.98 fps to the camera department for the camera checkout, then have 29.976 fps specified in an email with the audio track for your Sound Playback Technician. 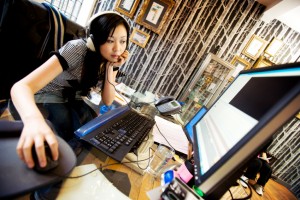 So, keep your facts strait and your time code synced for a smooth shoot from start to finish!