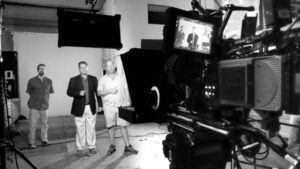 Is your political campaign looking to produce their own commercials for social media and television to increase voter awareness? Or are you a politically focused marketing agency looking for outside assistance on creating campaign ads?  We have a production solution for you and can make it happen quickly throughout Florida.

We’ve been producing party-specific and non-partisan political commercials for the past 10 years. Florida candidates from city commission and mayoral races to state representatives and national-level races use our services year after year.  Our film and television cameras and professional crew produce and shoot effective TV commercials for political campaigns to get your message to voters. We have over 10 years of experience with congressional races and legislative races nationwide.  We produce and shoot political commercials and campaigns all over the state of Florida.

To begin, using professional lighting, we will make your candidate look great. We can also give your next political production interest and vitality by taking advantage of camera dollys and unique locations.  We create political commercials for television in our studio and on-site locations throughout Florida. We also can develop behind-the-scenes footage and still photography for your social media campaigns.

We can provide your agency with the camera crews and the gear to produce your spots and transmit the media directly to your post-production team. Or, we have professional editing staff who specialize in post-production.  The editors and graphic artists on our team are adept at visually messaging to voters. We also have access to professional political voiceover artists, stock Broll coverage, and production music.

If you are managing the advertising for a political campaign and want to avoid exorbitant fees from agencies, call us today if you want a successful end result — issue-specific commercials that reach your voters. Here’s a portfolio of some of our political work.