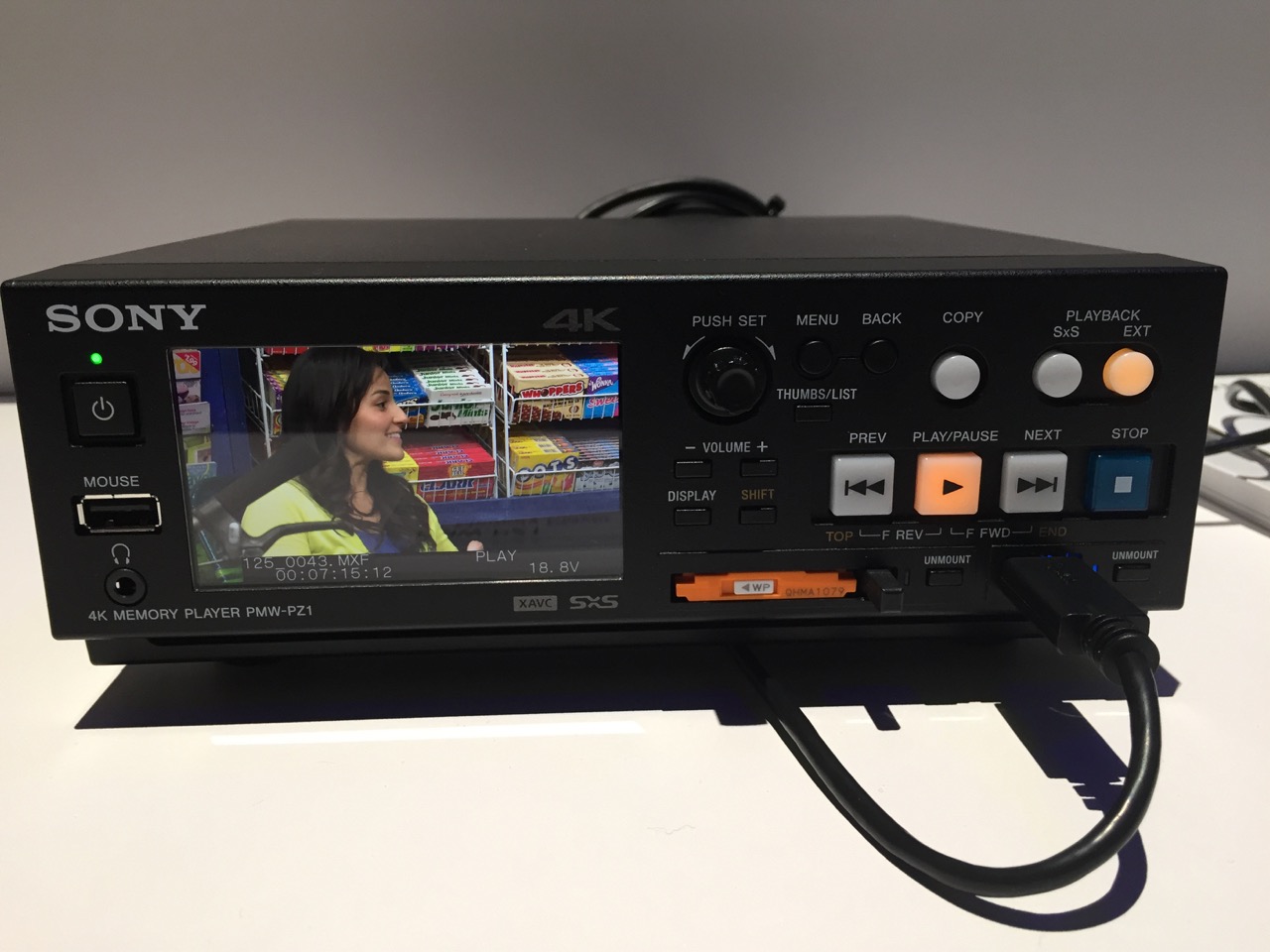 When Sony released their F5 and F55 camera systems, they rolled out yet another video codec in the form of XAVC.  While the XAVC codec sports excellent quality and compression characteristics surpassing their legacy XDCAM format, it still has a major weakness.  You can’t easily watch the footage.  Either the Sony Content Browser or an editing suite such as Abode Premiere must be used.  And 4K footage wont even play in the Content Browser unless you have a high horsepower computer.

Enter the Sony PZ1 multiformat SxS XAVC player.  The PZ1 will playback XAVC video strait from an SxS card that was shot on an F55 or playback XACV-Intra video from an external hard drive shot on an FS7.  This unit supports the entire new generation of Sony cameras.

This versatile device can be integrated into a media management workflow by allowing you to review footage and backup SxS media via a USB attached hard drive and integrated monitor. Or treat it like a deck with RS-232 control in post production and capture 4K media to the edit suite of choice via 3G/HD-SDI ports. The PZ1 is an excellent step towards making Sony’s relatively new XAVC format more professionally friendly to use!