Every year the NAB Show attracts thousands of people to celebrate the greatest tech and innovation in the film/tv industry. This year it was a great mix of top gear sightseeing, catching up with friends & making new ones too!

Why Go To NAB

This year we ran a poll about NAB and found that some people don’t see value enough to attend. But we’d like to challenge that! The reason why you go to NAB is: to be the FIRST to intimately know the new technology. You get a chance to play with that “latest full frame camera”. To look at the makers in the eye and ask all your questions. To really acquire a deeper insight, and to really “GET IT” better than the guy who’s not at NAB. That’s why you go to NAB, to stay ahead of the curve!

Another very important point is that NAB is all about: human connections. For instance, some friends we only see at NAB every year but do business with year-round, and it’s nice to catch up with them in person. Similarly, we meet wonderful new friends every year and find mutual points of interest to help each other out.

Therefore, as a part of our “NAB is all about human connections” motto, we hosted our 3rd annual party on Sunday night, April 7 at the Velveteen Rabbit. The limited guest list included only Directors of Photography, rental house’s and manufactures:

Undoubtedly, this gathering added value not only to our network but also to all of our partners’. In addition, it facilitated manufactures to have 1-on-1 time with Directors of Photography and rental house owners off the floor and in a quiet environment. Talk about people first! 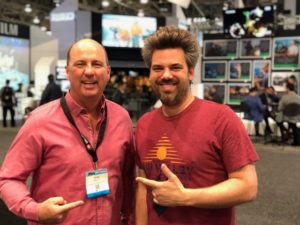 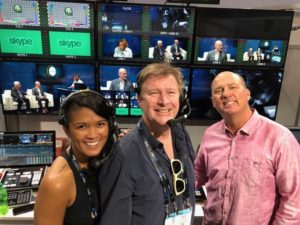 At the NAB Live Show 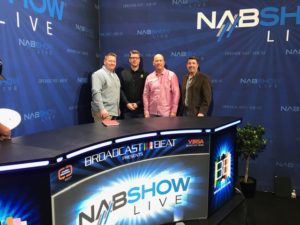 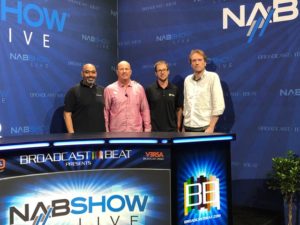 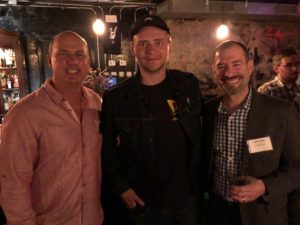 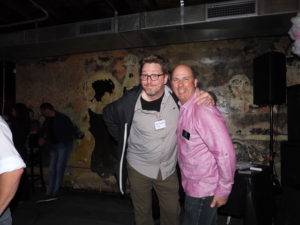 With Director of Photography and Owner of Scheimplug New York City.

Our Very Own Show

Which brings me to the next topic: “People First” The Dave Wells Show! 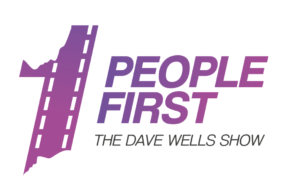 We shot the 3rd and 4th episodes of our new show which centers on top performers in the film and television industry. The show especially seeks to answer the questions: how did they get there? How do they stay on top?. Moreover, it also brings lots of actionable advice to people that want to get in the business or desire to improve their career in the business.

The first interview was with Scott Howell, Key Grip and entrepreneur-owner of Cinemoves and the second interview was with Bradford Lipson Director of Photography, who has 30 years of gaffer experience.  The show will be distributed on Productionhub and on our youtube channel coming soon.

Besides the “people” element, about the other exciting aspect of NAB “gear and latest trends” this year two things stood out to us.

First, it certainly looks like full frame cameras are here to stay supported by the fact that the cinematography side of the show was dominated by showing off new cameras and full frame lenses.

Second, that manufacturers delivered on their innovations and we found some goodies to order for our rental house inventory (unlike other years). Here’s our list of the top gear from a rental house’s perspective and to nerd out on cool gear: 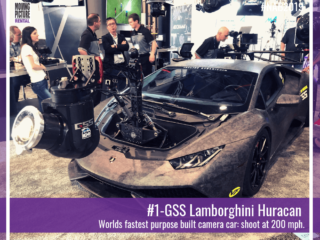 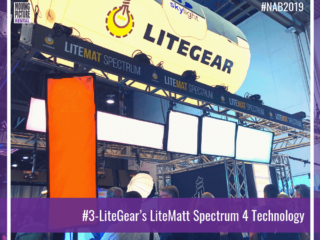 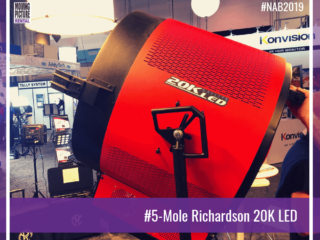 You can watch the NAB Highlights- Top Gear You Missed VLOG to really get a close up at the complete list of gear and the show overall.

In Conclusion, the NAB Show inspired us to keep nurturing our human connections, to partner with more industry leaders for mutual benefit and to look out for the full frame trend. We always come back in awe of the magnitude of the show and how amazing it is to see our film industry thriving.