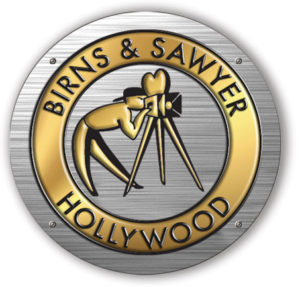 Here’s some film trivia for you. What do 1962’s Lawrence of Arabia, 1969’s Easy Rider, 1984’s This is Spinal Tap, and 2000’s X-Men have in common? They all used equipment rented from legendary TV and film production equipment rental house Birns & Sawyer.

It’s not good-bye in the strictest sense—the company is merely reconfiguring its operations. But we are bidding farewell to the original movie camera rental shop in Hollywood.  One that’s been in operation since 1954.

In some ways, yes. But this isn’t the first time Birns & Sawyer has transformed itself. Back in 2011, the rental house auctioned off its full inventory of 16mm and 35mm film cameras, ceding the stage to modern technology. It was a nostalgic time for then owner, Bill Meurer. But by then the company’s business was already 95% digital, so it also made a lot of sense.

Birns & Sawyer has always survived by adapting and embracing innovation. It was one of the first L.A. rental houses to offer Panasonic’s and Sony’s digital video cameras back in 2000. And the company is well known for the camera shoulder supports, lens mounts, matte boxes, and other products it developed to diversify its business.

This past December saw the business take another step into the future of filmmaking. Meurer decided to retire in Hawaii and the rental house resolved once again to trim its North Hollywood inventory before moving to a new location near Glassell Park. Amateur and professional filmmakers alike were thrilled to acquire deeply-discounted, top-of-the-line, professionally maintained gear the rental house no longer needed.

An Evolution in Gear Rental

In conversation with general manager, Michael Shugrue, he was quick to point out that the changes the rental house is undertaking are not because it’s in distress. To the contrary, the profitable company has made new hires and is evolving again to offer items like smaller, lighter, and more sensitive digital cameras, as well as LED systems that are operable from a mobile app. He says the move to the new, smaller location was a no-brainer. It’s an equal distance for filmmakers in downtown L.A., Burbank, and Hollywood and can hold the less bulky equipment.

Through the years the company that Life magazine photographer Jack Birns and Korean War vet Cliff Sawyer started as a still camera shop became the industry leader in both supplying the latest equipment and educating filmmakers on how to use each new technology. Shugrue says industry professionals can rest assured that Birns & Sawyer will keep adapting to their needs for many more years to come.

The Future of Film Equipment Rental

Rental houses have a unique perspective on the TV and film industries. They’ve been there from the beginning and have seen it all since. For nearly 100 years they’ve been supplying gear to productions while watching as studios multiplied, independent production companies flourished, and camera owner/operators proliferated. Most of all, they’ve watched as technology moved from film to video to digital.

Along the way, some houses that couldn’t or wouldn’t appreciate that times were changing closed shop. But those who kept a close watch on where the industry was headed not only survived but thrived. Keeping an eye to the future, embracing innovation, and offering a diversity of services are just some of the proactive measures successful film equipment rental houses have taken to flourish in an uncharted and unfolding market.

One of the biggest challenges rental houses face today? Whether to invest in equipment and technology that may be obsolete before it’s paid for.  And with cameras like the RED ONE and DSLRs on the scene, camera operators and cinematographers who previously could never afford to own a camera now do (and they frequently rent them out when not in use). Finally, tax incentives across the country and around the world have taken many productions out of Hollywood and New York. In this environment, agility and flexibility is a must.

Michael Shugrue says Birns & Sawyers and other rental houses have adapted to this new world order by recognizing that today it is accessories that make or break a rental house, especially equipment and gear like high-end full-frame lenses,  lightweight, versatile LED lighting, and remote controlled jibs.

Another way rental houses are staying relevant is by becoming one-stop shops, offering producers and filmmakers crewing and other production services, casting and location services, sound stage rental, and permitting in addition to equipment and truck rentals.

Great weather, stunning locations, and talented crews make South Florida a leading film, video, and commercial industry destination. Moving Picture Rental is the top local source for camera rentals in Miami, offering everything filmmakers need the most and helping them produce amazing results on time and on budget. We specialize in high quality gear, trucks, and people!

To learn more about how our camera rentals and other production services can add enormous value to your shoot, call us today at 305.522.1361, or contact us online.