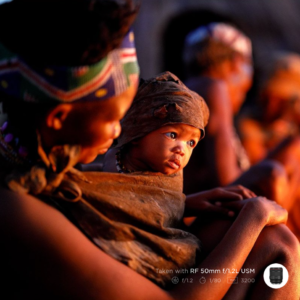 There’s no denying that mirrorless full frame cameras are here to stay. With Sony leading the charge, they’ve become crazy popular in a short period of time. It amazes me how these mirrorless cameras have taken the camera rental business by storm.

Our customers demand mirrorless cameras on their camera rental orders along with an Alexa Mini as their B Camera. Mirrorless cameras’ form factor, size and ability to capture full frame or almost full frame is something to behold. It blows my mind how people have all of a sudden forgotten the Canon 5D mark 2, 3 and 4 in the camera rental world. Enter the Canon R Full Frame Mirrorless camera.  Wow Canon, what took you so long? Mirrorless is on fire. Even Casey Neistat, a major DSLR guy, switched to Sony mirrorless. And, I wouldn’t be surprised if he switches over later this fall to the new Canon R for his weekly 368 Vlog.

Hot damn Canon, from the outset, seems like you’ve nailed it with this new camera!  The new Canon R Full Frame Mirrorless camera weighs just 1.5 lbs and boasts a 30.3 Megapixel sensor. Designed for the middle market (not pros) it still has plenty of pro features.

Pros will undoubtedly reach for this camera in a meaningful way. We expect camera rental requests from pros replacing many of our current Sony mirrorless camera rental requests. The new Canon R fills a big void in the mirrorless camera world.  The advent of the new Canon R Full Frame Mirrorless camera is one significant step towards substantially competing against Sony.  The camera’s ability to use existing EF lenses (without compromise) on the new R camera mount is a positive PR move for Canon.  So now you don’t have to eBay away all of your existing glass. How well does the EF-EOS R adapter work? That remains to be seen, but so far really well. 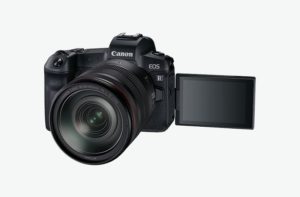 The hand grip is a work of art. The body is very tactile and feels solid in your hand. The camera uses the same battery as the 5D mark 4. Thank you, Canon! We LOVE you for this. So often you get screwed on batteries when a new camera line is released. Canon has decided on no image stabilization in camera. Keeping the stabilization in the lens is still the Canon approach. 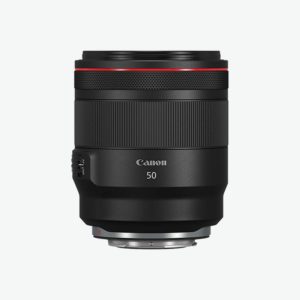 Canon’s been smart announcing the new R glass at the Canon R’s release. With the future-proof R mount, Canon hits the nail on the head with the RF 28 – 70mm F 2 L USM.  What a fantastic wide aperture for a zoom. F2? Seriously, wow! The RF 50 mm F1.2 L USM, wicked fast glass for sure.  Also, the RF 35 mm F 1.8 Macro IS STM, and the RF 24 – 105 mm F 4 L IS USM. Edge to edge sharpness, we give Canon an A for these new lenses.  The general consensus is that EVERYONE who’s had the chance to shoot with the R glass absolutely loves it. This new R design apparently allows for the future design of many more fast, compact lenses.

But wait there’s more: the new assignable lens-control barrel ring thingy. What a dream. Assign it to act as an exposure compensation control. (I love this). This new programmable lens barrel ring is gold in my book. You’ll wonder how you ever lived without the time to re-program your muscle memory.

The word from the pros is that the look of the Canon R’s images — with its combination of R lenses and the new mirrorless R body — produce shots that have that certain “something” that only can be felt, not seen in tech specs.   The sum of its new body parts plus ultra edge-to-edge sharp R glass produces a splendid result. Lens and camera rentals with R glass combined are something that we’re rapidly preparing for as we bet on a slew of new camera rental orders very soon.

No, let me repeat, no stop loss (stops of light) and no loss of quality using EF glass! SIMPLY AMAZING.

Canon crushed it when it comes to this camera’s ergonomics: very solid in hand and it feels like you could drop it and then carry on shooting; 4K at 30 FPS with a 1.7 X crop Factor — oops, people aren’t happy about this; 1080P at 60 FPS.

The new view-finder is magnificent! EVF 3.69 Million Dot OLED View Finder is wondrous. Talking with colleagues, it’s one of the best that they’ve ever seen. My kudos to Canon.

Swivel out LCD view-finder — we’ve all been asking for this. A Vloggers dream. The 1.5 lb weight of the EOS R for gimbals is a nice edge. But pop a good Canon or other Zeiss EF lens on this bad boy, and it’s almost as heavy as a DSLR.  I believe Canon did not persevere to make a lightweight camera, they perserved to make a great camera. Big pro cameras in the future will be mirrorless, but they will not be small and lightweight, that is clear. Output 4K thru HDMI 10 bit 422 to 3rd party recorders is super for resolution junkies.  3.5 MM headphone and audio-in. This camera promises to be a camera rental queen.

Lowdown on the One Card Slot

There are a bunch of whiners (slot shamers) complaining about the one card slot on the camera. But, do you not remember not so long ago when we only had one card slot in DSLR’s and the world continued to turn? Many cameras including Nikon’s, and Sony’s only have one card slot. Canon fully admits that the Canon R camera is not a pro body (it’s $2200). Go to an EOS 1DX Mark II for that. However, many pros will be shooting with this camera despite Canon’s intention!

Amazing things about this camera we have to mention…

Canon was late to the game on the Canon R camera. However, it seems they’ve really gotten it right. How fast they can produce the R glass remains to be seen. It’s now my favorite full frame camera rental, for sure!