Home > Cameras > Equipment Rental > Full Frame Cameras: How Will They Affect Our Industry?

The release of full frame cameras like Arri’s LF, Red’s Monstro, Canon’s C700, and Sony’s VENICE has made it clear that the future of cinema is headed toward larger sensor sizes. Of course, we have been shooting full frame video ever since the Canon 5D Mark II. But it’s only recently that high-end cinema camera manufacturers have brought larger sensor cameras to the market. 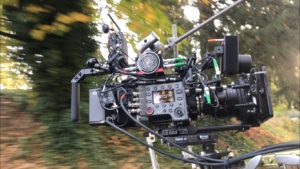 Large format digital cinema cameras took NAB 2018 by storm. Has the wanderlust worn off? Certainly, the buzz has slowed way down. You also have to ponder: Is this the next 3D fiasco where it was thought that if a movie didn’t have a 3D version, it was doomed to fail?

So why do people want these full frame cameras? Why is there a buzz?Michael Koerner of Koerner Camera in Seattle, Washington, and Portland, Oregon is of this opinion, “Acquisition on these cameras will be for features, high-end display capture, big commercials. 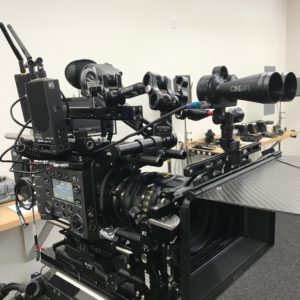 The LF format is just another arrow in the quiver of a Director of Photography.” And, John Engstrom, DOP, and Owner of Scheimpflug, NYC agrees, “Large format WILL have its place, but for now it will be limited to the big guys who can afford it.”

Now, let’s explore this new paradigm shift in image capture for the next 800 (or more) words!

Fox developed a 70mm format back in 1928, Cinerama. Paramount’s VistaVision and Todd-AO 70mm appeared in the 1950s, and in 1970 IMAX came on the scene to give audiences the biggest, widest, most immersive cinema experience to date. While better optics and wider aspect ratios then peaked for celluloid, the race continues with digital cinema technology.

Many younger filmmakers who’ve only known DSLR tend to think it’s the standard sensor size for all digital cameras. To them, super 35mm (the standard since the 1990s) is full frame. Of course, with its 1.5x crop factor, 35mm motion picture film is far from full.

It wasn’t until the Canon 5D Mark II with its full-frame sensor appeared in 2008 that still and motion picture cameras started to merge. 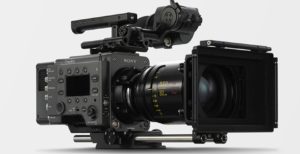 The Arri Alexa LF is not the only high-end full frame camera. The Sony VENICE is another. The VENICE, however, is going to have an uphill battle as rental houses in the past have been burned by Sony when Sony created low price point cameras that produced the same image quality a year later for a fraction of the price of their professional line of cameras!

John Engstrom agrees, “At Scheimpflug, we’re not yet feeling the demand of full frame, and have not invested in the cameras as of yet…We also believe that the cameras will change faster than the glass will. For us – based on the limited demand and feedback we’ve received from our clients – we believe that it will be hard to pay off this first round of cameras before the next ones arrive, and we don’t have the glass to support them – so, we’re on the sidelines for now.”

Also, so far, the VENICE does not shoot slow-mo in 4K, and in general, can’t compete with the Alexa’s ergonomics, accessories, user-friendly aspects, etc.  However, the VENICE does have nifty flexible lens mounts that change and a sensor that can be upgraded. According to Koerner, “The lens mount that Arri has developed complicates things (argh!) … Yet another variable.”

Who will come out on top? This will be a wait and see…

The RED Monstro is a RED (need I say more?!) Like Apple and its iPhone, RED seems to release a new camera twice a year, and it has its own special love-hate relationship with rental houses, just like Sony.

As a rental house owner, I like to think that what we invest in tends to shape the landscape on what cameras will be used for image capture. Reality check: Probably not the truth, just fantasizing here.

Back to Arri: Keeping in line with the Alexa 65 and LF, the imaging is immersive and draws people in with its intimate 3D feel. The company entered the full frame market in order to have an Amazon and Netflix qualified camera because the other Alexas didn’t shoot 4K.

So, does the Arri Alexa LF hold up in image quality? Yes! Now some speculate that the LF sensor isn’t as good as the Alexa 65, but it’s all about your personal opinion.

Industry professionals should understand a few things. Here are the top 8 reasons why full-frame acquisition will slow down and/or not accelerate:

Why full-frame will gain popularity:

Koerner predicts, “10 to 20% of all acquisitions will take place with full frame once the format is fully developed. This could take 5 years plus. Rehousing of Leica R lenses, Canon K35 and Canon FD’s will be a popular choice for glass when shooting full frame.”

John Engstrom is of a similar opinion, “Our first move would definitely be to buy the glass to support the cameras first as it’s a much larger investment, and completely necessary if we did buy cameras.”

While we never say never, it’s hard to believe that camera technology hasn’t reached its peak maturity concerning sharpness and precision. But that doesn’t mean filmmakers won’t want to explore the depth of field and perspective possibilities that large format cameras offer.

As Conrad Hall once said, “Cinematography is infinite in its possibilities.” Whether you view full frame as a needed advancement or, given the fact that the pixel count is identical, a strictly artistic choice, there’s no denying it MAY have potential.

So, why choose to shoot full-frame at all? Because there are some minor tech improvements such as pixel size and better low-light performance that make it worthwhile. For some it’s also about staying ahead of the game. Rental houses like ours, for example, want to offer our customers the latest lenses and bodies.

Whether you’re in the camp that sees full frame cinema as a necessary evolution or someone who views it as just a shiny new alternative, these next-generation motion picture camera systems promise to satisfy the ever-increasing demands of creative minds. 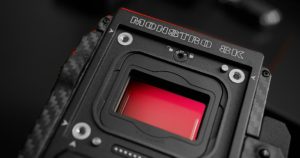 Over the next few years, filmmakers will continue to explore the large format look of full frame cameras, and it will be fascinating to see how their use will affect a director’s storytelling. But don’t look for full frame cameras to take Super 35 out of the picture. Instead, the two formats will complement each other, offering more choices for filmmakers to choose from.

Moving Picture Rental of Miami stocks an extensive inventory of contemporary cameras, including full frame models. To learn more about our camera rental packages, call us today at 305.522.1361 or email us at info@movingpicture.com.

Last, but certainly not least: stay tuned for our post on full frame lenses!