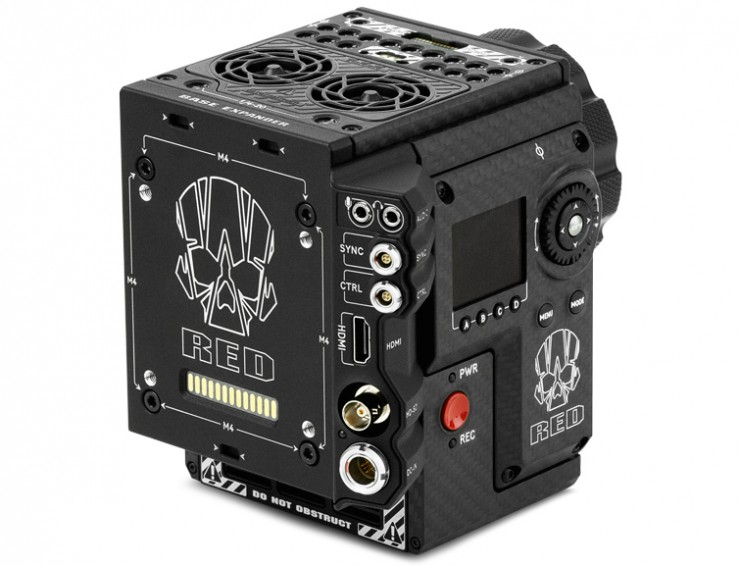 RED announced the newest addition to their cinema camera line at NAB.  The WEAPON will be released in two flavors.  The “Magnesium” version will start shipping this summer with the same 6K Dragon sensor in the present Epic model and the “Carbon Fiber” version which will have a newly designed 8K sensor.  Initial Carbon Fiber models will ship with a 6K sensor with an 8K sensor upgrade expected to be released by the end of the year.

The engineers at RED have made numerous improvements both in functionality and ergonomics.  Dedicated ports in the mount for both the 7in touchscreen and the EVF allow either unit to be mounted to the camera without additional cabling. All the connectivity ports have been (thankfully) moved to a vertical port bank that rakes away from the camera at a gentle angle.  This is a huge improvement over the Epic’s horizontal port bank near the camera baseplate.  The Epic’s design made it extremely difficult to access those ports when the camera was fully rigged.  A new set of controls has been added to the right side of the camera making it easier for ACs to manage camera functions and settings and a start/stop button has been added to the top handle. 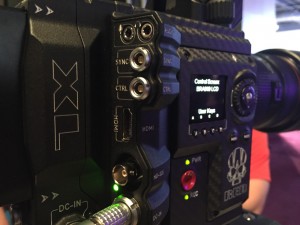 The RED WEAPON at NAB 2015 sporting its new easier to access I/O ports and new right side camera controls and display.

We’re also thankful to hear that the WEAPON will now be able to record 2K ProRes (up to 120fps) while recording full resolution R3D RAW simultaneously to internal media.  This is huge!  You can use the ProRes files as editorial proxies or creative dailies and will prove to be a big time saver on-location and a blessing for DITs.  If ProRes isn’t what you need, the new REDCINE-X software has a dedicated (and simplified) transcoding section specifically designed for the location media manager.

Now if we could just get RED to stop naming their products like “BOMB” and “WEAPON”…or anything else we wouldn’t want to see on a customs manifest.