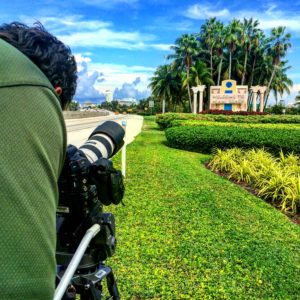 Whether you’re a seasoned filmmaker looking for a camera rental in Miami or just trying your hands in indie filmmaking, at some point in your career you’ll hit a creative wall.

And that’s totally fine. Hitting a wall simply means that you need to up your game. Luckily, there’s always room for improvement. Here are some cinematography techniques you can try to take your film-making to the next level. 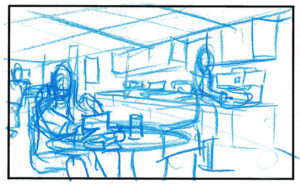 In almost every narrative film, you’ll see some dialogue scenes. There is no set rule, but typically dialogue scenes will start with a wide, establishing shot. Then there’ll be alternate over the shoulder (OTS) shots of each person talking. But here’s the thing. If you shoot the conventional way, your dialogue scenes will lack visual variety and look boring. To make the scene visually interesting, consider using a creative combination of camera and character movements, wherever appropriate.

3. Use push-in to build tension 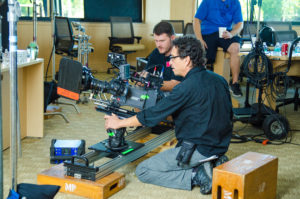 A push-in is a camera movement where you slowly zoom or dolly forward to your subject. Use this technique creatively, and it will help you limit exposition by applying “show-don’t-tell” in your filmmaking.  You can also use push-ins to build drama, suspense or tension in your scene. A push-in can be short (from medium shot to close up) or long (from wide to medium or medium-close). When and how you should push in depends on your scene and the mood you want to create. You can see some good examples of push-in shots in this video.

4. Step back with your camera

Let’s say you’re filming a scene where the actors are having an argument. And you want to make one character look more aggressive than others in the scene. Here’s how you can do that. As your character steps forward, simply step backward with your camera. That way, your audience feels like they are on the receiving end of the aggression. You can also play with the angle. For instance, shoot from a low angle to make the subject look aggressive or overpowering. 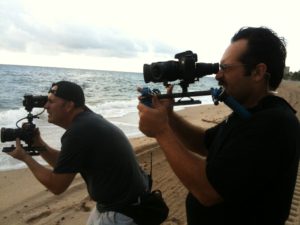 If you’re planning to make a film or book camera rental in Miami, you probably know the 180° rule. It says your camera should not cross an imaginary line between two characters in a scene. Crossing the line will disrupt the left-right relationship in your frame; and it could confuse your audience (This video from Videomaker demonstrates it well). But as a filmmaker, you can use your creative license to break the rule. For instance, cross the line to disorient your audience or give them a jarring feeling. For the same reason, we see massive use of this technique in horror films.

If you are looking for a camera rental in Miami for your next documentary, you must have heard of Errol Morris’ Interrotron. It’s basically a teleprompter with a two-way mirror connected to the camera, helping the interviewer and interviewee to see each other during an on-camera interview. Use a tool like this to interview your amateur interviewees without any loss of eye contact.

7. Create a mood board to visualize your ideas

As a filmmaker or cinematographer, you may find it easier to think and convey your ideas visually. That’s exactly why you should use a mood board to capture your creative thoughts during the planning stage of filmmaking. A mood board is basically a collection of images and texts to help visualize your ideas. You can create it on paper or use a mood board app. In either case, have your mood board ready before you start pitching to investors or book a camera rental in Miami.

8. Choose to shoot film over digital

Digital is affordable and easy to shoot, but film makes you more efficient as a filmmaker. When you shoot film, you don’t have the luxury of checking every shot on a LCD screen. You don’t have grid lines to help you follow the rule of thirds. But this also means that shooting film compels you learn how to use a viewfinder, how to compose shots without a grid, and how to use a light meter. Once you master film, however, switching to digital would be easy. 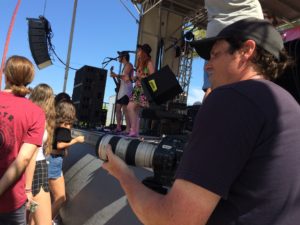 Close-ups can make or break your scene. One way to make your close-ups more interesting, intimate and intriguing is by having your character look straight at the camera. Late director Jonathan Demme would often use this technique to connect with the audience emotionally. Demme’s close-ups would have a subject at the center of his frame looking directly at the camera. Shots like this often make the audience feel more connected to the story.

11. Use quadrants to tell two stories in a single frame

If you don’t already know about it, the quadrant system is a composition technique that helps tell two or more stories simultaneously in a single frame. The technique works by dividing a frame into four equal segments. You can use each segment to tell a different story. We see creative use of the quadrant system in the 2011 film Drive.

If you want to up your filmmaking game, develop a student mentality. Always stay updated with the new and upcoming tools. You can learn from books and YouTube tutorials. For best results, take aim for hands-on learning. Work on a Indy film set for free or book your next camera rental in Miami to start your own project, Miami is a great place to shoot Indy films!  Also Shane Hurlbut’s blog is amazing.

13. Use a long lens to make your fight scene look realistic

When you film with a long focal length lens or telephoto lens, it makes your subjects appear closer to each other. So when they throw a punch, it looks like they’re actually hitting each other. In truth, the actors don’t hit, but simply swing behind the cheek. During post production, you simply need to add a sound effect to make the hit look more real. For more clarity, watch this video tutorial about how to shoot an intense fight scene.

There are mainly two types of point of view (POV) shots – subjective and objective. The former shows a scene from the perspective of a character, while the latter shows the perspective of the observer. To give your audience an engaging cinematic experience, consider switching between the two POV shots in your scene. 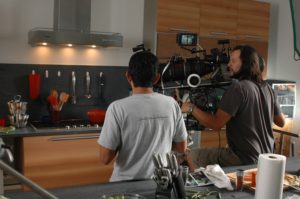 Editing is the final phase of filmmaking, and the last thing you want is getting to know about your shooting mistakes in the edit suit. That’s exactly why you, as a cinematographer should learn to think and shoot like an editor. Thinking like an editor means keeping the big picture in mind. For instance, you should keep in mind which shots you’ll use for a transition between two scenes.