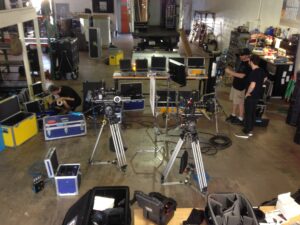 Film equipment rental services and facilities in bigger metropolises are often presumed to be superior to those found in smaller cities.  The thought might be that the larger the populace, the higher the quality of its offerings. The fact is, regardless of the industry, bigger rarely means better. This is especially true of the film rental market.

To date, New York, LA, and Chicago are the three most populated cities in the United States. They are also the three most popular cities for film production. Accordingly, these metropolises have more film equipment rental houses than any others in the country. No doubt, most of these rental houses regularly meet the needs and demands of their customers. So, it’s likely these customers would assume that their inventory might be of a higher caliber than that which they’d find in smaller markets.

Additionally, people renting film equipment in LA, New York, or Chicago expect that kits and gear will be the newest and greatest equipment. The gear they want, they assume, might not be available anywhere else save for those cities, thereby justifying their willingness to accept lesser deals for higher costs. Or to consider traveling to a smaller production city to shoot with gear they’ve rented in their production home – NY, LA, Chicago, etc.

While Florida is no stranger to film production, the expectation might be that film equipment rentals in the Sunshine State might not measure up to those in LA, New York, or Chicago. However, Moving Picture Rental in Florida aims to demonstrate that reality is quite different. And positively so.

A reality check about renting film equipment in Florida

Offering the leading-edge cameras, lighting kits, sound equipment, grip gear, and production supplies, Moving Picture Rental’s inventory can match up with any rental house, anywhere. And with offices in Miami, Fort Lauderdale, Fort Myers, and Orlando, taking advantage of their inventory and services is as easy is it is convenient. But that doesn’t mean Moving Picture Rental can only accommodate your production if it shoots in or around those cities. On the contrary, they know how difficult it can be to rent equipment outside these metropolitan areas. That’s why Moving Picture Rental will deliver your film equipment rental to your location, wherever in Florida that may be.

For more than three decades, Moving Picture Rental has been Florida’s premier supplier of film equipment rentals for productions of all shapes and sizes. Their trusted reputation spanning from Florida’s coast to coast is built on a commitment to excellence. As a result, their relationship with manufacturers and suppliers often enables them to stock the newest models well before their competitors in broader markets. 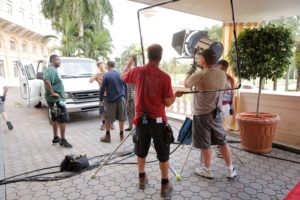 Moving Picture Rental also knows that your film equipment rental package is only as good as the crew you hire to operate it. They maintain a database of proven professionals that have worked on film sets throughout the world. So, their team can help you find the camera operators, grips, gaffers, and sound engineers you need at the price you want. And to ensure you’re as well supplied as you are well-staffed, Moving Picture Rental is proud to be a one-stop-shop for all your production needs. It’s why they customize every order and offer a wide range of discounts depending on your budget and schedule. Best of all, by combining camera, grip & lighting and crew services in one package, you can expect up to 30% off.

Getting started is as simple as it is fast. Just browse Moving Picture Rental’s inventory and send them a rental request. They’ll respond with a quote within three hours, even on weekends. After that, you can create your account and pick up your film equipment rental package at your convenience. Or, if that doesn’t work for you, arrange for them to deliver it to your location.  Give them a call and find out how Moving Picture Rental can meet all your production needs.