Home > Equipment Rental > Lenses > A Beginner’s Guide: What Camera Lens Do I Need?

Need an outdoor shot that conveys a great expanse of space? Want to get in close on an actor’s face to create emotional tension? Picking the right camera lens rental in Miami for the scene can make all the difference in successfully communicating your vision. Beyond the two main categories, prime with its fixed focal length and zoom with its variable focal length, there are a wide range of lens characteristics that affect the composition of any given shot. This brief beginner’s guide is here to help you make the right choice when you’re searching for camera lens rental in Miami. 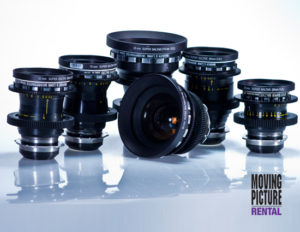 A favorite of influential directors like Joel and Ethan Coen, Wes Anderson, and David Cronenberg, wide angle gives you the ability to capture multiple points of interest at once in both expansive and relatively cramped spaces. Therefore, it also provides a very dramatic perspective and good depth of field. These products range from 10-40mm depending on the sensor being used. Some of the wide-angle camera lens rental options available at movingpicture.com include:

Orson Welles is famous for creating dramatic scenes in films like Citizen Kane (18mm) and Touch of Evil (25mm) with wide-angle lenses. Stephen Spielberg’s preferred lens is a 21mm. While dramatic shots are common, some directors, including Darren Aronofsky and Wes Anderson, have used wide-angle lenses to create more distorted or surreal images. If you’re only going to use one lens on your shoot, it’s likely to be in this category. 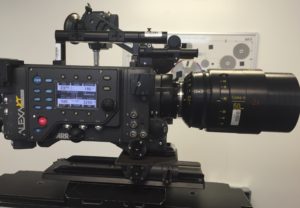 Standard lenses, about 50mm on a full frame camera, often provide a natural-looking perspective due to the belief that it best simulates human vision. Often referred to as the nifty fifty, this is a standard lens that should be on every set. In addition, with a wide maximum aperture with the lenses listed below allow for a shallow depth of field.  Some examples of quality standard lenses include:

Alfred Hitchcock is probably the most famous director to consistently use a 50mm lens. In fact, he was known for adapting the size and setup of his sets for use around this standard focal length. Both Psycho, which has both naturalistic and frenetic shots, and Vertigo, which uses very surreal imagery, used 50mm lenses. Other famous directors that used a standard lens include Robert Bresson and Yasujiro Ozu. 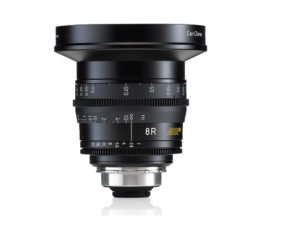 This category of lenses includes everything from 50mm on a four-thirds sensor to more than 200mm full frame. Because of this, telephoto zoom lenses are very popular for documentary filmmakers because of their ability to capture detailed images from a distance in diverse situations. They are fast, good in low light, and produce images with a relatively flat perspective. Because they have a shallow depth of field, they require precise focusing, making a focus puller somewhat of a necessity. Some of the more popular telephoto camera lens rental options available include:

Ridley Scott is the most popular filmmaker to regularly use telephoto lenses in productions that would traditionally use standard or wide angle. In the 1979 film Alien, he used an anamorphic 75mm and above to create a sense of isolation and looming danger in tight spaces. In Robert Surtees’ film The Graduate, a 200mm lens was used in the final scene of Dustin Hoffman running to create more drama and suspense.

Once you’ve narrowed down the right focal length and other spec points for your production, you need to decide between a prime or zoom. Prime lenses tend to be lighter, cheaper, faster, but not quite as versatile as zoom. Zoom lenses allow for more creativity and flexibility, but they can be bulkier and more expensive lens rental solution.

The good news is that if the particular product you want is too costly for your production to purchase outright, it’s not a problem. It’s relatively quick and easy to find the right camera lens rental in Miami and Ft. Lauderdale, FL, at movingpicture.com. Contact us to get your camera lens rental today.