The Arri Alexa classic camera is a 6 year old design but it’s a totally relevant digital cinema camera!  We’ve seen the used value of these cameras diminish dramatically over 2016.  All of us in the rental business are scratching our heads about this camera’s devaluation as its shot Academy Award winning feature films.  This camera has probably shot over 5,000 feature films and countless TV commercials.  The sensor is fundamentally the same as current Alexa cameras.  For example, one of the few differentiators between this camera and the Alexa plus is an extra BNC out.  Most noteworthy, the sensor is basically the same! 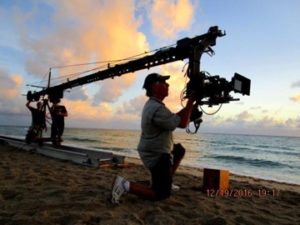 Check out this demo reel of feature films shot in 2015 with the Arri Alexa Classic Camera and Zeiss Cp.2 lens package.  “For Jacob” Angel of Death” “Shadows” “Candelight”

Here from the archives is the Arri Alexa Classic showreel From NAB 2011.

Link to the technical data on the Arri Alexa Classic.